Started by John Collins in 1978 at the height of the post punk d.i.y. record label boom, recording local talent on a game changing Teac A-3340S 4 track tape recorder in his front room in Tottenham and distributing records through Jetstar, Rough Trade and directly to shops.. 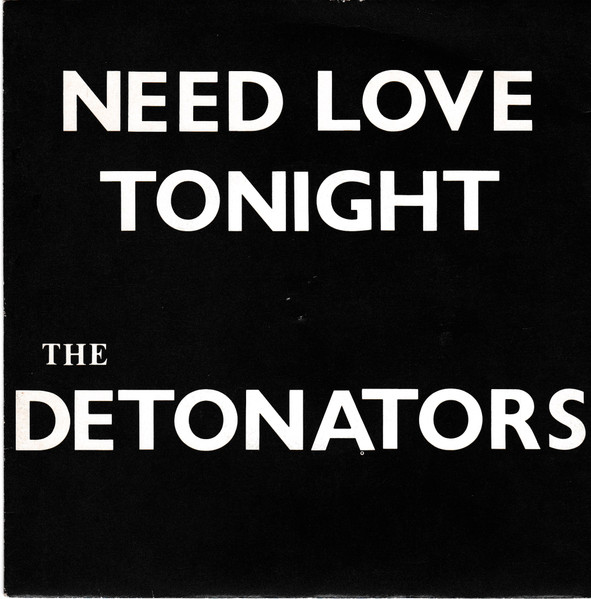 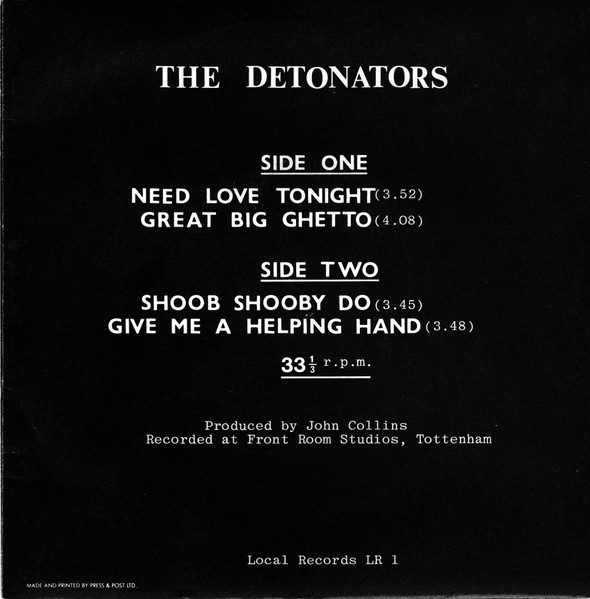 A four track 331/3 rpm ep featuring Victor Romero Evans, Nat Augustin, Everton McCalla (drums) and Noel (Fish) Salmon (organ). Nat and Everton went on to join Britfunk band Light Of The World. Recorded in the front room with the drums in the back room. The mic cables went through a hole drilled in the wall between. John Peel played Give Me A Helping Hand and Great Big Ghetto on his Radio One show after John Collins waited to give him a copy at the reception desk in the BBC's Broadcasting House.
Listen to Great Big Ghetto on Spotify 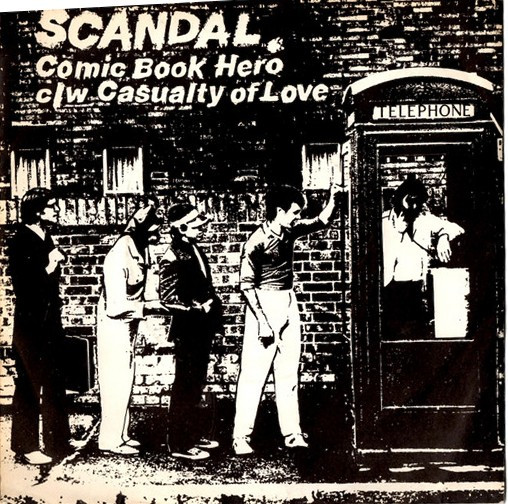 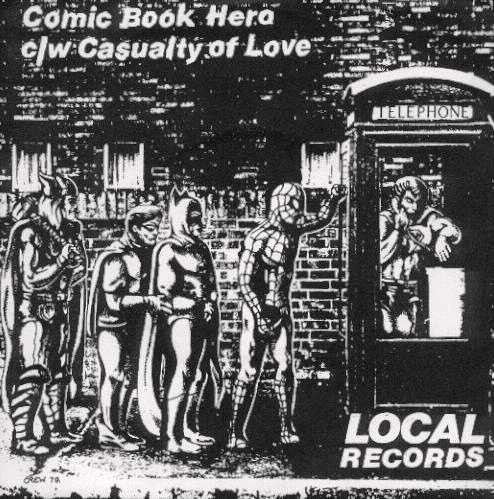 Comic Book Hero by local new wave/punk band Scandal. Recorded in the front room with the drums in the back room. The bass was directly injected (dIed) into a Teac model 2a mixer and the guitars were dIed from Vox AC30 speaker feeds. Mixed with a touch of dub echo. 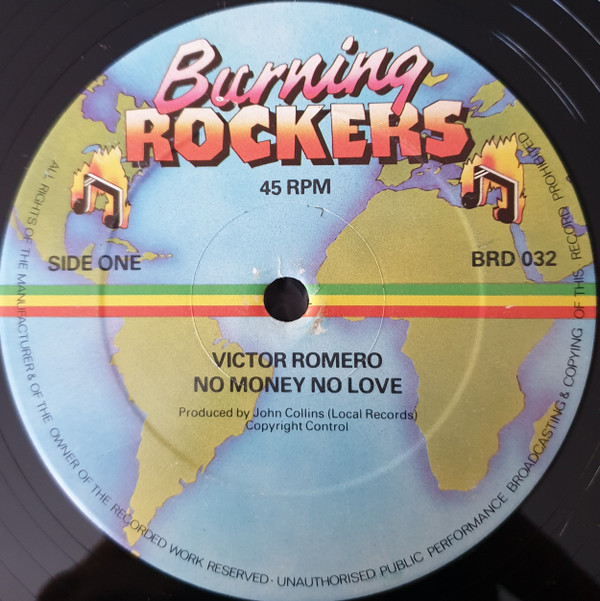 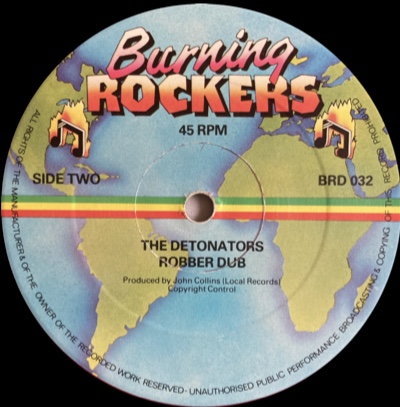 No Money No Love by Victor Romero. Early front room recording with Victor, John and a home made drum machine. Licensed to Burning Rockers who's parent label, Burning Sounds had a record shop in West London's Harrow Road. Victor initially dropped his Evans surname but reinstated it later.
Listen on Spotify 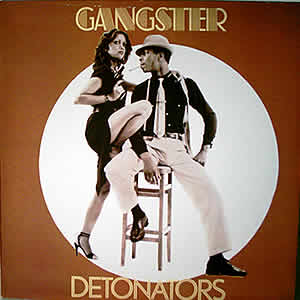 Gangster by The Detonators.First briefly released on Burning Rockers then back on Local Records after the former went bust! The album has a "Lovers" side with vocals by Victor Romero Evans and Nat Augustin and a "Dub" side featuring John's early electro dub. More about Gangster here 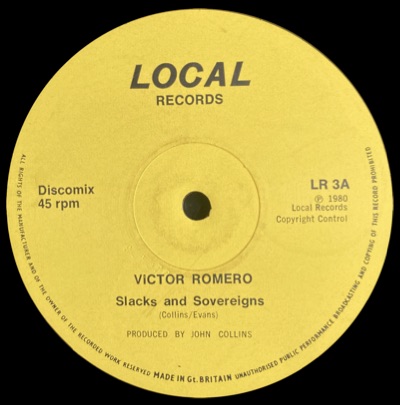 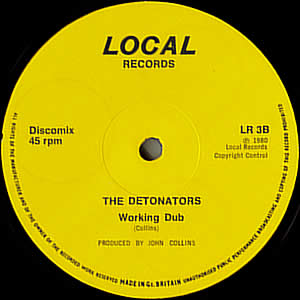 Slacks And Sovereigns by local dancer, actor and singer Victor Romero Evans. First attempt at this song using the home made drum machine - a better version of the song would be made later. 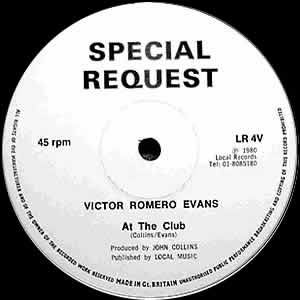 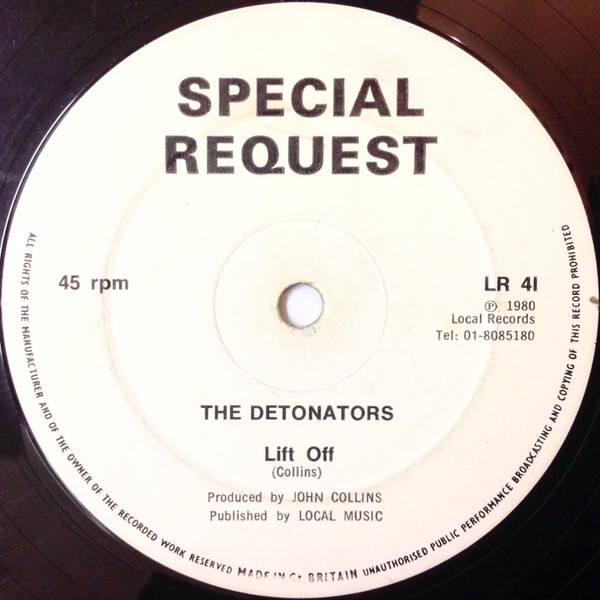 At The Club by Victor Romero Evans. The first hit! Better use of the drum machine for Victor's take on North London club life. Selling well from the start and climbing to number one on the Black Echoes reggae chart. It was played on Radio One's Round Table (thanks again to John Peel) leading to a phone call from Jerry Dammers asking John to produce the next Specials' single which turned out to be Ghost Town. Muff Winwood from CBS records also heard it and phoned offering a recording deal. Victor's next two singles would be released on their Epic label.
Listen on Spotify
Lift Off by The Detonators. The flip side of At The Club. Early electro dub from John Collins and pre-echoes of Ghost Town.
Listen on Spotify 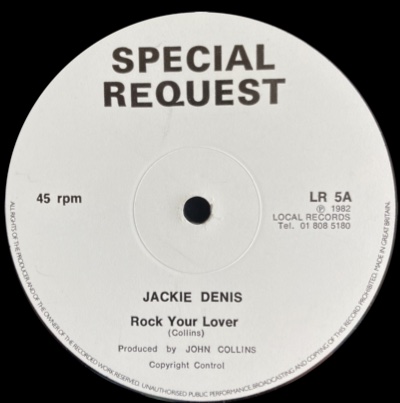 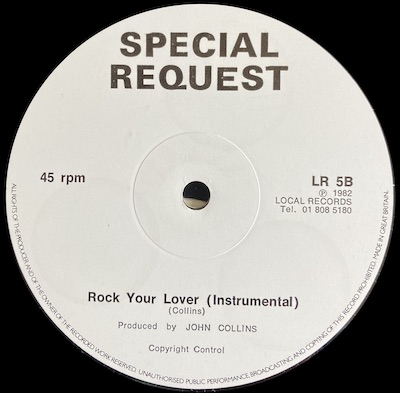 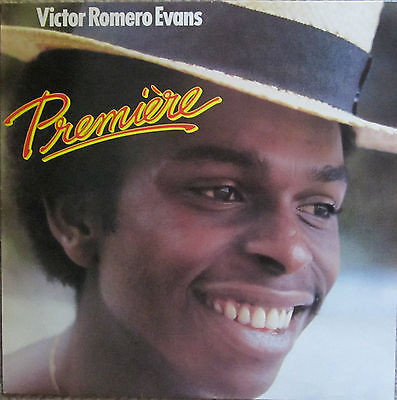 Premiere by Victor Romero Evans. Back with a solo album on Local Records after a spell on Epic. 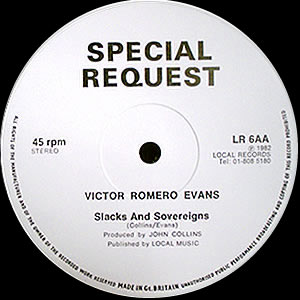 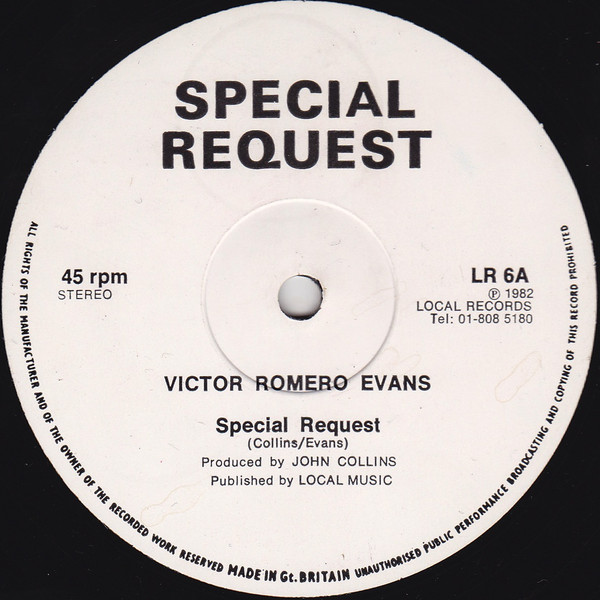 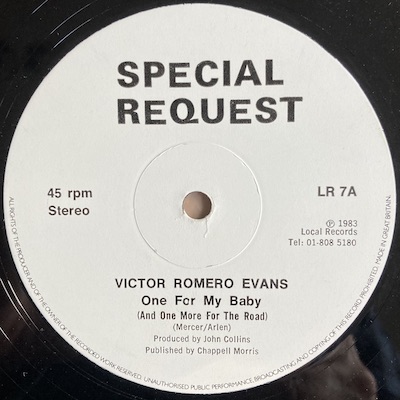 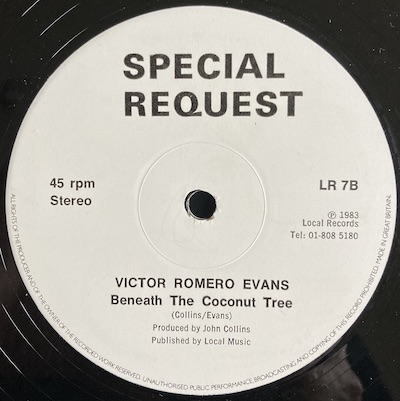 One For My Baby (And One More For The Road) by Victor Romero Evans. Victor sings Sinatra in the front room with the Light Of The World brass section. 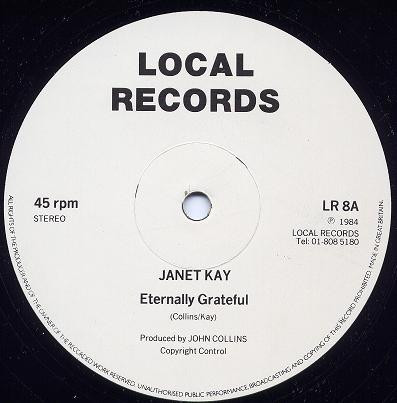 Eternally Grateful by Janet Kay. Moving into the burgeoning dance market with the Queen Of Lovers Rock. A club hit and Local Records' biggest seller. The synthbass, keyboards and Linn drum machine were sequenced with John's own BBC model B computer system - this was pre Cubase. Recorded at Island Records' Fallout Shelter studio in Hammersmith and Mark Angelo's in Farringdon. Also issued on 7".
Listen on Spotify 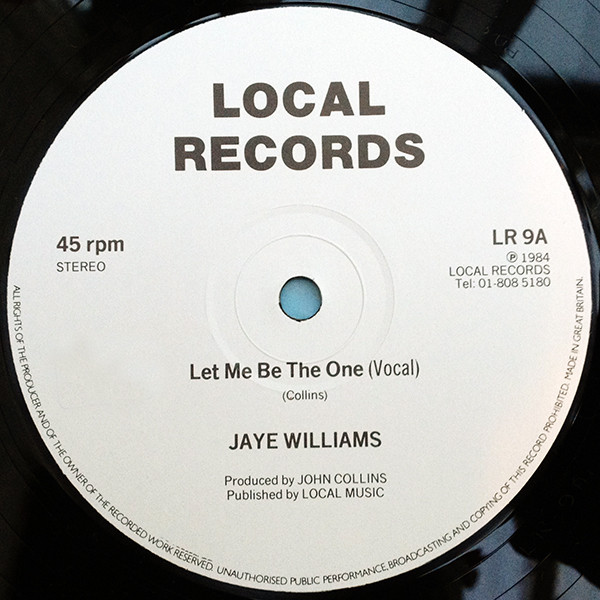 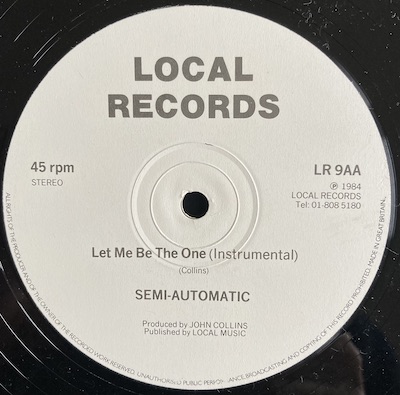 Let Me Be The One by Jaye Williams. Electro Street Soul featuring local actress and singer Jaye Williams. Sold well in reggae shops like Hawkeye in Harlesden reflecting the growing market for dance/R&B records. 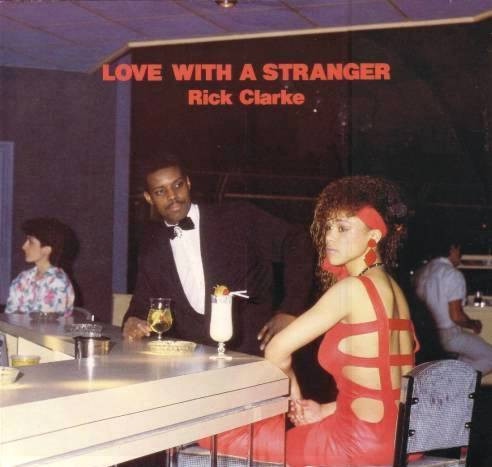 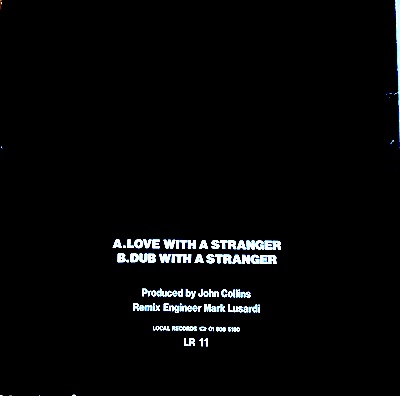 Love With A Stranger by Rick Clarke. A club hit but frustratingly held back by distribution problems. Featuring Peter Hinds from Light Of The World/Incognito on keyboards and John Kpiaye from Dennis Bovell's Dub Band on guitar. Mixed at Mark Angelo's. 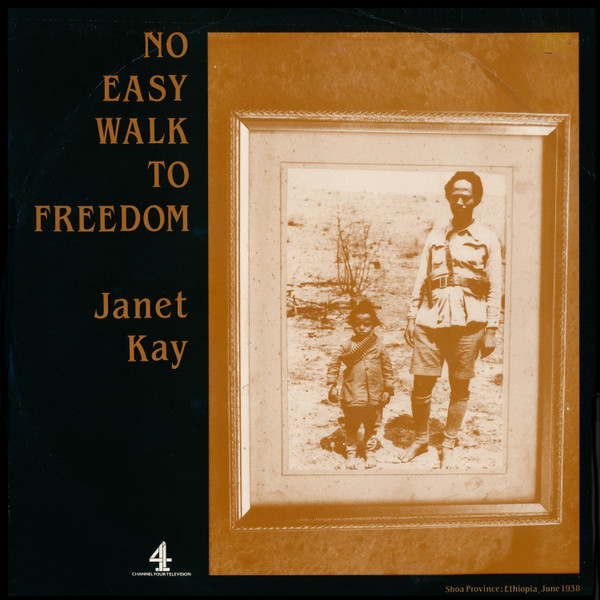 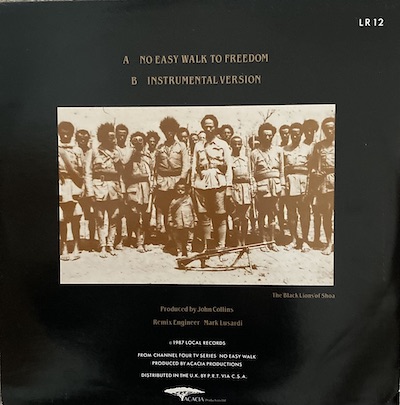 No Easy Walk To Freedom by Janet Kay. This was recorded primarily as a theme tune for a Channel 4 TV series about African Independence. The TV production company was keen to have a record release to promote the series.
Listen on Spotify 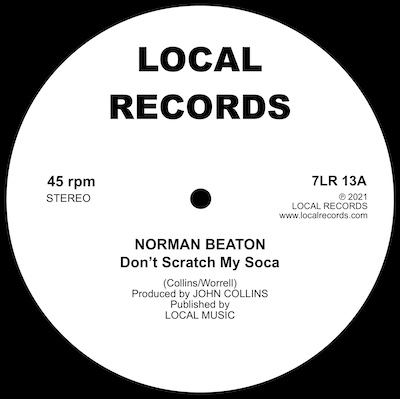 Don't Scratch My Soca by Norman Beaton. The theme tune to the hit Channel 4 TV sitcom Desmond's. Finally released in response to its use in a TV ad. Mixed by John Collins from the original session multitrack tape.
Listen on Spotify